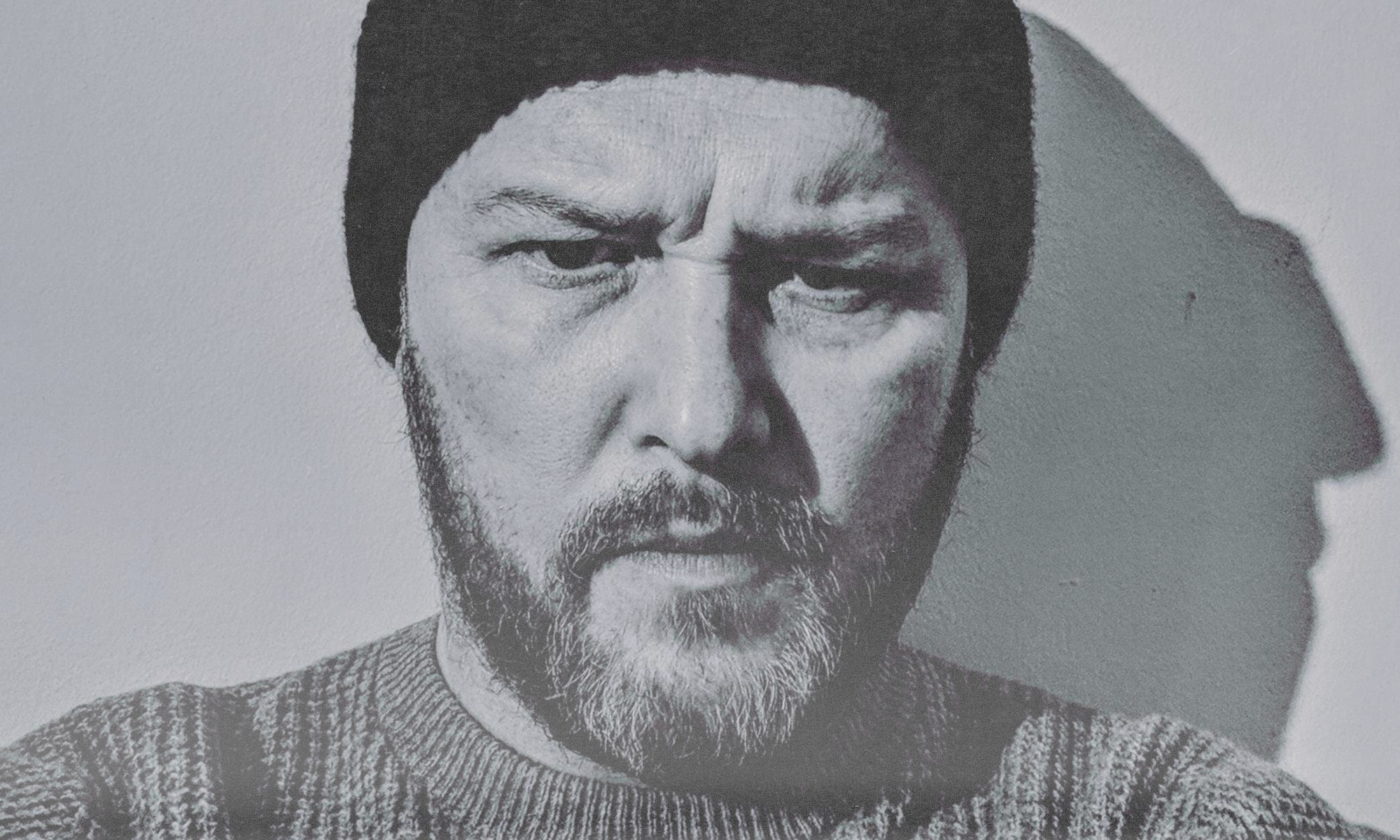 Proximity is mostly known for featuring in two famous LTJ Bukem sets, the 1996 Essential Mix and Yaman “The Rebirth”. The track remains unreleased after both the DAT and Akai disks were damaged. We recently talked to G-Force about this before discussing how he got started, early productions, DON FM and the Reinforced Records family.

So, before we get into this is it really true that we have your jeans to blame for Proximity not coming out? You know a lot of people haven’t forgiven your washing machine yet, don’t you?

Yes, this is true! LOL, I made Proximity during the day then finished it early evening recording it to DAT, it was a night that Danny Bukem was cutting dubs so I went over to meet him in Fulham. I got in about 3 am and threw my clothes on my bedroom floor then went to sleep. When I woke up my jeans weren’t there, I ran downstairs and asked my mum where they were and had she checked the pockets? She said they were in the wash and no she hadn’t checked the pockets. The Akai and Atari Cubase disks, as well as the DAT, were all spinning around inside the washing machine.

Legend has it that no-one other than Bukem has a DAT or plate of the unreleased version. You ever tried to get it back?

Bukem may have a dubplate of the track but not a DAT. I’ve never asked him if he still has the dub or if I could get a copy. I’m sure if I did he would send it over.

You released an alternative version of Proximity via Bandcamp on your 1993-94 compilation, how come that didn’t fall victim to a spin and rinse cycle?

I think I may have put this version down on another DAT earlier in the day which I left at the studio. It was probably the first version that sounded finished, I used to do a few different edits of tracks on the same day.

Given both the string section intro and breakdown are clean on the Bandcamp version you ever thought about remaking it? I’m sure loads of people would buy a twelve of that!

I have remade the track and have a few different versions of it but never thought of releasing them or pressing them up.

Ok, we’ll come back to that later. Can you tell us about how it was made? Studio, equipment etc?

Proximity was one of the first tracks I made on my Akai 3000i which I got in August 1993. The pad sound was from a Yamaha SY55. I started by playing the chords and then programmed the breaks. It was the first time I had filters on a sampler so assigned cutoff frequency to velocity and it gave the beats this kind of going underwater sound. I then added a few more samples and the 808 bassline and it was done in just a few hours.

Did it get officially signed to Good Looking?

It was pencilled in for a release on Good Looking and they wanted to sign me as an artist but I choose not to sign as I didn’t want to be restricted to one label.

ASC gave away a free remix of Proximity a few years ago, was that destined to be the B side?

No, it never had a B side. I think he just sampled the pads? I liked his remix a lot. He may have sent over the version I put up on Bandcamp, everything is a bit of a blur.

There is an emerging market for represses and previously unreleased tracks, you got anything else hidden away from that era people would be interested in buying?

I found a carrier bag full of around 20 DAT’s in my mums’ attic and there were a few bits that sounded OK. Over the last 25 years, I’ve made hundreds of tracks that have never come out, a lot of the time I just make stuff for myself and I’m not really interested in releasing them. I just really enjoy being creative and it’s fun to develop new techniques and skills. Even after producing electronic music for 25 years I’m still learning new stuff. It’s a never-ending learning process, a bit like studying a martial art.

You were also involved in Reinforced, a label which remains an inspiration for us to this day, what was it like around that time being surrounded by true pioneers?

Reinforced was the label I wanted to be a part of. When I first started playing hardcore in 1990 I just loved the Reinforced sound, it sounded so futuristic. Also, deeper than a lot of the hardcore that was getting made at that time. It was DJ Stretch who introduced me to the Reinforced crew and I am forever grateful to him for it. We were in Music House cutting dubs, we had never met before and ended up chatting in the queue. He called me about a week later and said we can go and use the 4hero studio which was in the attic of their building. You could just about get two people in there. It looked like a spaceship cockpit with keyboards and equipment packed into every nook and cranny. Dego and Marc were great mentors, they never told me what type of record to make or asked me to change anything in a track that I wanted to release on Reinforced.

Everyone seems to have such fond recollections of Dollis Hill, what are your memories of it?

It was always fun hanging out at the studios, there was a pool table, table tennis, punchbag and a big space where we could all play keeps ups with a football. A lot of the Reinforced crew are into football so we went over the park a lot to play. It was a bit like a youth club, lots of jokes and banter.

As well as a producer you were also a jungle DJ back in the days of pirate radio, got any amusing stories?

I used to play on DON FM in the early ’90s. I had a Sunday show from 9-11pm playing hardcore, then jungle, then drum and bass. One of the best Christmases I have ever had was spent at DON FM. I came home on Xmas Eve to my mum and dad’s house about midnight, I opened the door and they were having a massive row. I wished them a Merry Christmas, shut the door and walked home to Putney which was about a 4-mile walk. When I got home my flat was empty as my girlfriend had gone to spend it with her family, there was no food in the fridge and things were looking pretty grim. I turned on the radio to check if Don was on and then called the studio to say I was coming down. I walked another few miles with a bag of records and a few bottles of drink to Roehampton getting to the studio about 3.30 am. We spent the whole of Christmas Day playing records. Around 8 pm it started to become a bit of house party with about 20 of us in the squat we were using as a studio. Think it ended up being a good 36-hour session and I got home late on boxing day!

I know a lot of people reading this will be bugging out at the thoughts of a carrier bag of DATS and Proximity remakes. What would it take for us to hear them or a label to release them?

Maybe I will release Proximity as lots of people ask about that track but the stuff on DAT’s will probably never come out or even be heard. 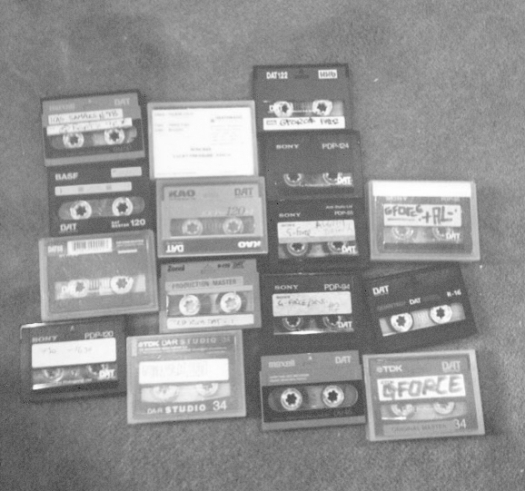 A lot of creative people who enjoy the expressive side of music continue to make songs etc for many years where some of the one hit wonders who make it big let it go to their heads and fizzle out. You’ve made your way through the birth of at least two London scenes (jungle and broken beat). What’s kept you going?

I have loved music from a young age, my first musical love was electro and hip hop culture was very influential on the estate I grew up on. A few of The Chrome Angelz (UK graffiti crew) and London All-Stars (breakdancers) went to Secondary School with the older lot from the estate. I would get tapes from them and really this is what I listened to from about aged 8. I was lucky enough to get a cheap pair of decks (no pitch control) and a Realistic mixer for my 12 birthday so got into DJing really young. All I ever wanted to do is DJ and make electronic music and knew this is what I was going to do. I left school with no GCSE’s and was on the dole. Me and my mate Iffy (DJ Juice) put our dole money together and booked some studio time. The studio was ILS place in Bush. Basically an Akai S1000 and Atari 1040 with a small Yamaha mixing desk and DAT. We made the Mistermen EP’s in his studio over about 4 sessions and sold them to Rugged Vinyl. ILS was my teacher and mentor. I think on my second session with him I was bugging him to let me program the sampler and Cubase. He let me jump on the buttons teaching me everything about production and I’m forever grateful to him. I love technology and music and will be doing this till the day I die. I probably should have released more of the music I’ve made over the years but it’s the creative process I enjoy the most. Maybe one day I might share some of these tracks but if I do it will be in a psychical format not digital.

You say “physical format not digital” why is that?

Digital is great for releasing music with no risk of losing money but I just like the physical object of vinyl, being able to hold something in your hands

Few of the original drum and bass pioneers are still championing new sounds, I can only really think of a couple… Dego is the main one.

Dego is a legend. For 25 years he has been pushing electronic music forward combining London’s mish-mash of cultures and sounds into a futuristic melting pot. I’ve been lucky enough to be good friends with him for 20 years.

Your Reinforced LP with Seiji also featured the likes of Kaidi and Bembe Segue, how important was Just Another Number in the early days of broken beat?

The album with Seiji had a quite a few prototype broken tracks on it. Remember this was in 1999 so Broken Beat didn’t really have a name. IG had been making beats from 1998 in this style and Orin was pushing Bugz into making broken style tracks. Just Another Number features the first time I worked on a song with Kaidi and was recorded at Dollis Hill on the 16 track tape. I think Marc engineered the session, it was the track “Unexpected Something”. It was also my first time working with Bembe on “Clear Vision”. Being involved with Bugz was 10 of the best years of my life. Everybody in Bugz has mad skills and to just be in the studio every day with them was a blessing. I’ve been part of some of the greatest creative electronic music collectives, which I’m proud of.

2 Replies to “In The Proximity Of G-Force”